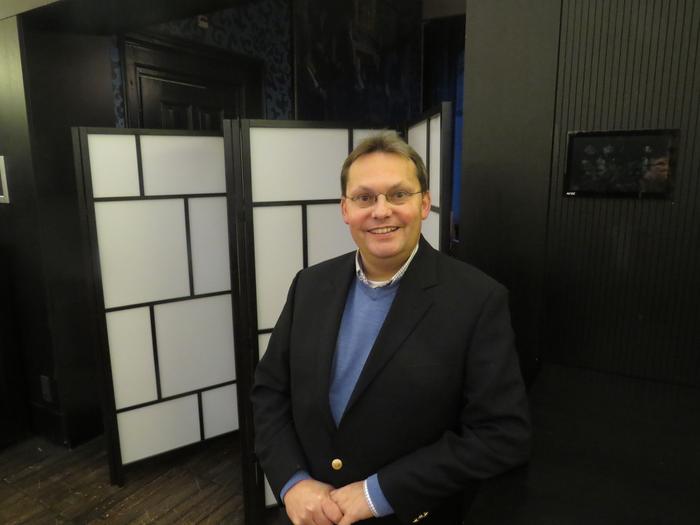 Bermard van Acker began in 1990 with his study of Social Geography at the Faculty of  Spatial Sciences. Bernard did a lot for the association. He organized with the foreign excursion committee a trip to Ireland, and for almost all of his student-time he was a writer for Girugten. Bernard also took place in the board of 1992-1993, when one person of that board left to study in a foreign country.

The foremost reason that Bernard van Acker is named member of merit is because he wrote the association song. This song is still sung at the start of general assemblies, and taught to first years at the introduction weekend. 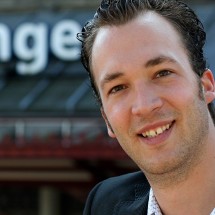 Jochem Dijkstra started his study Spatial Planning in 2003 at the Faculty of Spatial Sciences. In 2003, Jochem started as committee-member at the Internet Committee. In 2004, he joined the almanac committee. From 2004-2005 Jochem was part of the Ibn Battuta board. Currently, Jochem was part of the Advisory Council up to 2017. One committee of Jochem deserves extra attention: The internet committee. Jochem is, as the saying goes, a nerd in heart and motherboard. During his first year in the internet committee Jochem worked hard on a new website.  This website came online in 2003. From 2012 to 2017 Ibn Battuta had a renewed site and this one was also built by Jochem. This website was replaced by the current one in 2017 because of several reasons.  Behind the scenes Jochem was a precursor who made a lot possible. The foremost reason for him to become member of merit was his contribution in building and maintaining the websites of Ibn Battuta for over a decade. 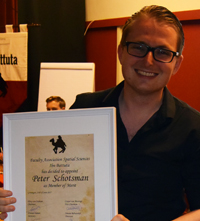 Peter Schotsman began in 2009 with his Human Geography study at the Faculty of Spatial Sciences. He was the Vice-Chairman of the 51st Board of Ibn Battuta (2011-2012) and he took place in four committees (Sport and Games Committee x2, Lecture Committee x2, Almanac Committee x2 and Lustrum Committee) and four projectgroups (Projectgroup Appelscha, Projectgroup Ameland and Projectgroup Schier x2).

The foremost reason that Peter Schotsman became a member of merit is because of all of his contributions to the Association. In this occasion it is not about one contribution but about years of dedication, an ongoing commitment which deserves recognition. The epitome of loyalty, dedication and selflessness. He is always willing to do something for someone, even if it may be at the expense of oneself or other personal circumstances. Someone, to whom we can all take an example. Robin Neef started in September 2010, with the study Technische Planologie (now called Spatial
Planning and Design) after which he continued with the Research Master Spatial Sciences. For the
last four years, he has been working on his PhD that he expects to finish in this year.

With the start of his Bachelor degree, he became a member of Faculty Association Ibn Battuta. During his
membership, he has been part of the Lecture Committee as well as Projectgroup Schier. Next to
this, he has been involved in multiple events and organizations within or related to the Faculty of
Spatial Sciences. In 2013, he co-founded the student-led consultancy firm SAC Groningen that
structurally works together with the Faculty. With that, he has provided many students an
opportunity to gain experience in the work field. In the past, he has helped to organize
Planologielezingen and has hosted several panel discussions for career events within Ibn Battuta
and the Faculty.

The foremost reason Robin Neef became a member of Merit is because of his continuous efforts as an
active and non-active member. He has shown and still shows his dedication to the Association. He
has given members and boards, solicited and unsolicited advice. Next to this, he has been
smoothening the pathway between the Faculty and Ibn Battuta. His approach of starting
conversations and providing inspirational solutions deserve to be praised within the Association.